135 Great Plain Avenue is a unique parcel of land in Wellesley that may not be known to many by its address, but that all residents have probably driven past on their way to the Town RDF or the Boston Sports Club across the street. To the careful observer, the driveway entrance is known by its stone gates on Great Plain Ave. 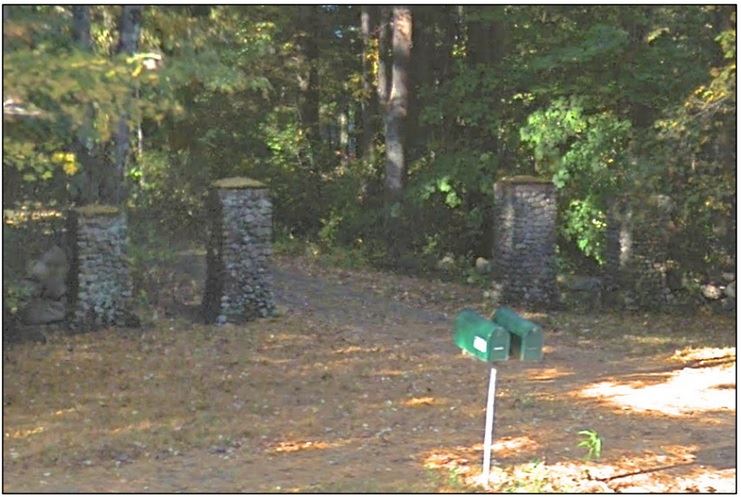 In late 2014, following almost 300 years of private ownership, traceable to the prominent Fuller family of Wellesley, the approx. 12 acre parcel was sold to Burlington-based developer Northland Residential Corporation. Around the time the property came under agreement for purchase and sale, the Wellesley Historical Commission wrote a letter to both the Planning Board and Natural Resources Commission, copying the developer, in which we provided targeted preservation recommendations and outlined our concerns regarding the historical aspects of the property in connection with the requirements of the Town’s Natural Resource Protection Development bylaw (the NRPD Bylaw), which will govern the proposed subdivision of the property. The subdivision of 135 Great Plain Ave. will be the first application of the NRPD Bylaw.

Although the Historical Commission commends the developer for proposing to preserve the stone gates on Great Plain Ave. and the fieldstone playhouse located within the property, we raise two substantive concerns with the current, proposed plan, as briefly summarized below:

For a detailed analysis of our concerns with the current version of the proposed subdivision plan, please review our comment letter. Please watch the Town’s calendar for upcoming hearings, all of which are open to the public should you wish to provide comments on the subdivision.